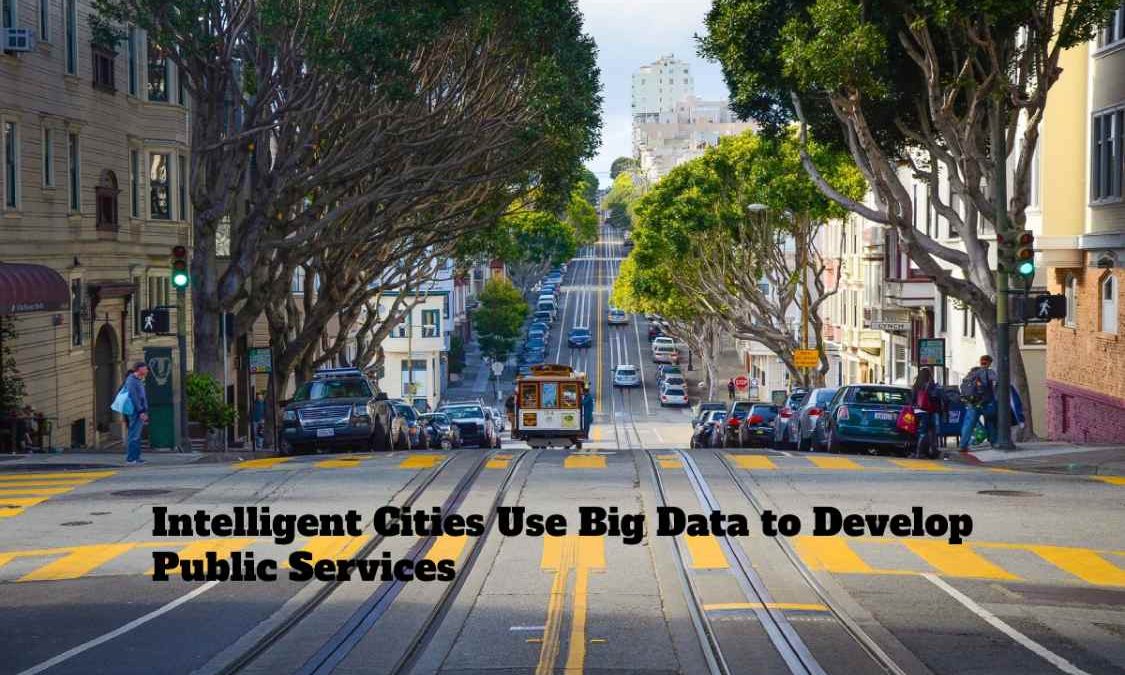 Intelligent Cities Use Big Data to Develop Public Services. Today, companies are adopting smart technologies, gradually utilizing them to build their businesses and maintain their competitiveness in the market. More developed city leaders are also considering adopting these intelligent technologies in innovative ways to develop public services and make the population’s daily lives easier and simpler.

In the past few years, smart cities have grown and expanded worldwide, becoming more livable. In this context, smartphones play a vital role in these cities, providing real-time information about transportation, health services, traffic, safety alerts and community news to millions of people.

The report highlighted 443 projects covering 286 cities around the world. It noted that the market is still maturing, with more towns achieving higher levels of integration between technology-based services and solutions. Enhancing data and insights across multiple sectors of processes and services.

Here are eight cities that use big data and emerging technologies in innovative ways to reshape public services:

Las Vegas ranks 25th on the list of the most populated cities in the united states, with more than 664,000. City officials host 43 million tourists each year, operating 24 hours a day, famous for its beautiful hotels, shopping malls, and high-end restaurants.

The city relied on the intelligent solution offered by Japan’s Hitachi, called Smart Spaces and Video Intelligence, a combination of hardware and software that combines the power of the Internet of Things, artificial intelligence, big data.

And analytics can get the best results by collecting data from surveillance cameras, IoT sensors, social media, and other already used sources.

This solution helps the city deal with traffic problems instantaneously, so if a problem is likely to occur at a particular location. The city can create street maps, point to alternative routes. And take steps to fix the problems before it begins to get worse.

Seoul is the capital of South Korea. This large city is home to nearly 10 million people, one of the largest developed cities in the world, where you find modern skyscrapers. Modern-art subways, temples, palaces, and shopping malls.

As a result of its large population, waste management has become an important area. Moreover, big data and the internet of things have become part of a solution that efficiently addresses the problem in our digital age.

Ecube Labs has developed intelligent waste management solutions in the city. And this was the first smart city project to emerge in South Korea.

Amsterdam is the principal of the Netherlands and is famous for its artistic heritage and historical canals, with nearly 1,800 bridges, far more than any other city in the world.

The city also has the world’s first 3D-printing 3D-printing bridge, 12 metres long, via the Oudezijds Achterburgwal Canal. One of Amsterdam’s oldest canals, in the De Valle de Wallen region.

The Dutch company MX3D has developed a six-axis robot that can perform large-scale 3D printing. Collaborating with the Us software company Autodesk.

The bridge supports innovative sensors that send data through a cloud computing service to process. And analyze overpass traffic, structural safety. And identify environmental factors such as air quality and temperature. The bridge can also send alerts when maintenance is required.

San Francisco has a population of 884,000. Promoting the city’s transportation agency (sorta) to focus on strategic objectives to prioritize transportation that does not include a car.

The city has a dedicated bike travel road network, including many types of infrastructure. Such as bike paths, bike parking spaces. Shared roads, mixed-use tracks. And bike map maps.

To develop this, the transportation agency uses automated bright screens to monitor critical bike data, which are evaluated annually to analyze the results of bicycle use in the city. The agency added 10 miles to the bikeway network. And developed 30 new intersections using information from these intelligent screens.

Located on the Avon River in southwestern Canada’s Ontario Province, Stratford is one of the world’s most important cities that has relied on emerging technologies to develop its infrastructure. One of its most important projects is smart parking.

Parking in cities is often a troublesome and time-consuming process to get to a suitable place where the car can be parked. Still, intelligent city data management can relieve this pressure by organizing. And relying on new technologies. Stratford has therefore invested in new technologies so residents can spend less time looking for a parking space.

The city has included asphalt parking sensors in 78 parking spaces, sending signals over a wireless network showing whether the place has cars. And instantaneously displaying information on the map.
Information Builders also developed a dashboard. A company specializing in intelligent solutions and data analysis, that shows users’ empty locations.

And other data, including the percentage of occupied places, the average time a car stands. And the number of vehicles used in a particular area that day.

As global energy supplies dwindle and the environmental impact of certain types of energy diminishes, cities must carefully consider energy uses. And energy conservation is a significant challenge for smart cities with big data.

The company established a network through the municipality then installed sensors in its pipelines to measure use from the production point to the substation. And then to the customer. So instead of relying on frequent readings of counters in homes.

It had 700 data points that we’re constantly working to collect meter readings instantly. Which helped them reduce water loss. And improve energy efficiency.

The Dutch town of Hague

Hague is one of the most important Dutch cities to attract tourists through its many tourist destinations. So the city’s municipal office has examined the possibility of developing lighting options. Not only using attractive street lights but using a new mechanism to improve energy performance. And remote control instantaneously.

To do this, DE NOOD, the leader in Classical street lighting solutions, has installed an intelligent lighting system collaborating with Twilight Smart Lighting Solutions. And used state-of-the-art intelligent city data management technology to provide better control. Sensor systems integrated into the city’s lighting systems enable lamps to automatically adjust their brightness based on human presence in their surroundings.

Brussels’ transport services consist of 4 train lines, 17 tram lines and 50 bus lines. The company that manages these services, stab-MIVB, tracking up to 400 million flights a year. 1,200 buses, and to take advantage of this big data.

In addition, it has teamed up with German software company SAP, Cubis Data Analysis. To access the analytics required to enhance customer service operate the system more efficiently while improving the experience of travellers and visitors.

This cooperation has made it possible to enhance the efficiency of preventive vehicle maintenance, greater transparency when it comes to public funds. The ability to meet the needs of travellers with disabilities. And reduce environmental pollution rates.

“Cities are full of information that can help us well recognize travel times, roads, and congestion points on the network, and if used in the right way. As a result, they can help people get to their destination faster,” says Brian Duffy. SAP’s regional president in Northern Europe. Therefore, the Middle East and Africa.

How to use Hyper-V in Windows 11

How Automated Sandblasting Systems Can Improve Your Production Line