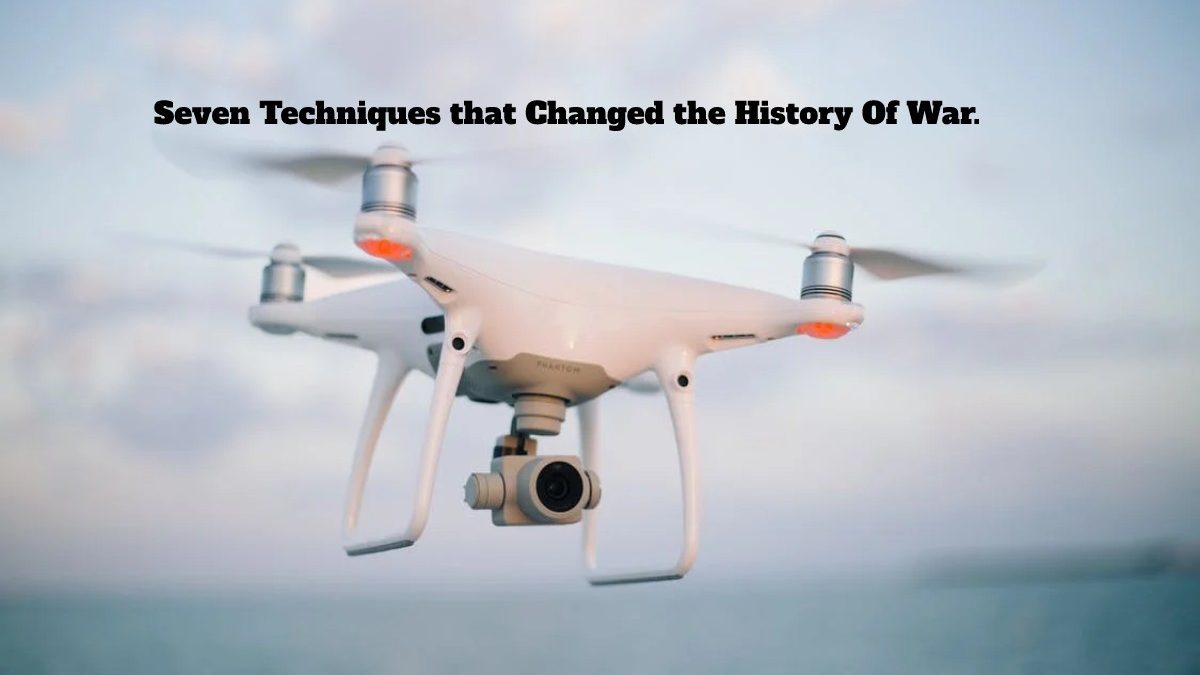 The war has a long history since the dawn of civilization, and the path of armies has been long since the beginning of the use of the spear, bow and arrow; technological advances have contributed to the emergence of faster aircraft, laser-guided weapons, uncrewed vehicles loaded with bombs, and today we talk about seven techniques that have changed the history of war.

Drones have allowed troops to deploy thousands of miles safely from the battlefield’s front lines, so the pilot’s life (who controls them) is not in danger of helping the armies reduce the death toll, and the use of these aircraft is widespread in all u.s. Military formations.

This technology replaced manual flight control with an electronic panel that uses computer-generated signals to be transmitted via wires and move control mechanisms, enabling this system to more accurately guide and control the computer, for example, that can help stabilize the aircraft without relying on manual pilot inputs.

Submarines revolutionized the world of naval warfare as being able to attack enemy ships from underwater; the first successful submarine attack form in the 1861-1865 U.S. Civil War, in which the Confederate submarine CSS H.L. Hunley sank the USS Housatonic in waters off the coast of South Carolina. Today the military uses subs to carry missiles, conduct surveillance, support ground attacks and blockades.

Tomahawk is a type of long-range cruise missile designed to fly at low altitudes below the speed of sound, which can be used to strike multiple surface targets; first used during the 1991 u.s. aggression against Iraq, with a speed of about 550 miles (880 kilometres) per hour and using gps receivers to more accurately identify their targets.

As the name suggests, stealth aircraft avoid pilots being discovered in the sky. Although, in contrast, the plane cannot be completely invisible, stealth uses a range of advanced techniques to reduce the reflection of the aircraft and the spectrum of radio frequencies and infrared emissions, all of which increase the likelihood of a successful attack as the enemy will have difficulty finding, tracking and defending against the aircraft, the development of this technology is likely to have begun in Germany during World War II. Still, some examples of The most famous modern ones are the F-35 Lightning II, F-22 Raptor and B-2 Spirit.

Space weapons include a range of warheads that can attack targets on earth from space, intercept and disrupt space-travelling rockets or destroy space systems or satellites in orbit during the cold war and as political tensions escalate. While the militarization of space remains controversial. The united states, the soviet union (formerly) and china have developed anti-satellite space weapons. Several tests of these warheads have succeeded in destroying satellites, including testing satellites. For example, conducted by china in 2007, it killed one of the country’s meteorological satellites.

The world’s first nuclear weapons (atomic bombs) developing by physicists working on the Manhattan Project during World War II. Which began in 1939 and became one of the most famous secret research programs; the first bomb detonation on July 16, 1945, during the so-called Holy Trinity Test at Alamogordo Air Force Base in New Mexico, creating the explosion. Huge mushroom-shaped. The blast force was equivalent to more than 15,000 tons of TNT.

In August 1945, two bombs were dropping on Hiroshima and Nagasaki in Japan. Which effectively brought the second world war to an end but predicted decades of global terror from nuclear annihilation. These explosions remain the only use of atomic weapons in war.

Is Your Phone Spying on What You’re Saying?