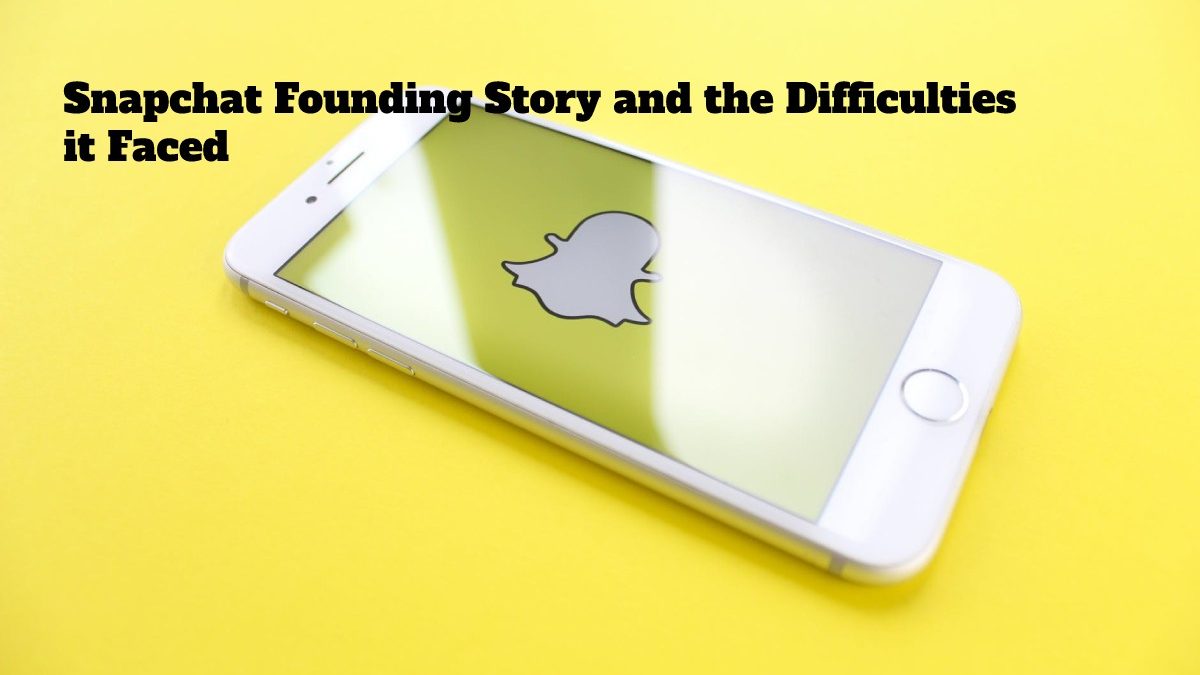 Snapchat has been a massive success in recent years. However, despite being modern compared to its peers of social networks and messaging apps. The company has gone through great difficulties becoming one of the big players in this market.

According to January 2020 statistics. The platform has more than 360 million active users. Every day, users share more than three billion photos and videos. And each piece of content is know as a Snap.

The platform was found in 2011 by three partners. Evan Spiegel, Reggie Brown and bobby murphy while studying at Stanford University.

According to the information circulating, the idea belong to Reggie brown, who had propose developing an app — or platform — that would allow content that automatically deletes itself to be share.

When the idea came to brown, he began to communicate with spiegel to plan the concept, and when they agreed to it, they reached out to bobby murphy to write the code for the application. And that’s in preparation for its launch.

Things went usually, and the platform was first launched in July 2011. But at its first launch. It was named Picaboo before it later changed to Snapchat.

What happened then was that Evan spiegel. And bobby murphy had removed Reggie brown from the company. It was while he was the author. And co-founder of the idea. The company was rename Snapchat in September of the same year, 2011.

According to that information. The launch flight was very short. However, the idea has been developed, developed. Launched. And renamed in just one year.

When the platform was founded, its founders were still in their first year at Stanford University. So the fact that Brown was removed from the company was undoubtedly very harsh. But he successfully sued spiegel. And murphy in September 2014 and earned $157 million from them. He also saved himself the title of the co-founder of Snapchat.

Snapchat has been link to Ivan Spiegel and is currently the CEO. The idea of developing Snapchat was clear from day one, as explained in the company’s digital blog. The main goal is to give users the freedom to share photos, text content. Chats and others very freely as the content automatically deletes itself after 24 hours.

The app has spread dramatically despite its novelty. one of the most important reasons for this is the continuous development and new features it receives on an ongoing basis.

In 2013, the platform launched “Stories” and “Chat”, and we may all be aware of the success of the story feature. Which has been quot in almost all social media applications. Later in the same year, geofilters were launch, allowing users to share their geographical location better.

The following year, 2014, the company continued to operate. Snapcash has been launche to send and receive funds and more get geographic filters. In 2015, the company reached 75 million active users. In addition, it has begun to generate excellent revenue from its advertising network. And in 2018 almost all income came from this network, just like Facebook.

If you want to download any images, Videos, And more from social media then visit Instafinsta.com

Until 2017, a mother name Snap, Inc. found . And Snapchat’s platform was list below. Just like Meta and Facebook, or Google and Alphabet. It was list on the stock conversation with an IPO of US$25 billion.

The company has gone through many challenges, including the problem of expelling one of the co-founders from the company, of course. In 2013, however, the situation worsened after the platform was hack and the data of 4.6 million active users leak.

Later in 2014, the company was subject to several legal accountabilities by the federal trade commission. For which the company has been under external scrutiny for 20 years.

In addition, the company’s CEO, Ivan Spiegel, has been in constant trouble. Most notably, he was criticizee for not saying in 2015 that the platform did not care about developing countries like India and instead only rich countries.

Overall, the company continues to grow, and inflation and expectations are that the platform will reach a profit breakpoint in 2022. At this point. Shareholders will generate the highest possible earnings per share, with a price inflation forecast of more than 60% in one year.

what is Fortnite.con/vbuckscard? How Redeem Card, online price, Reviews

How to Build a Live Streaming App