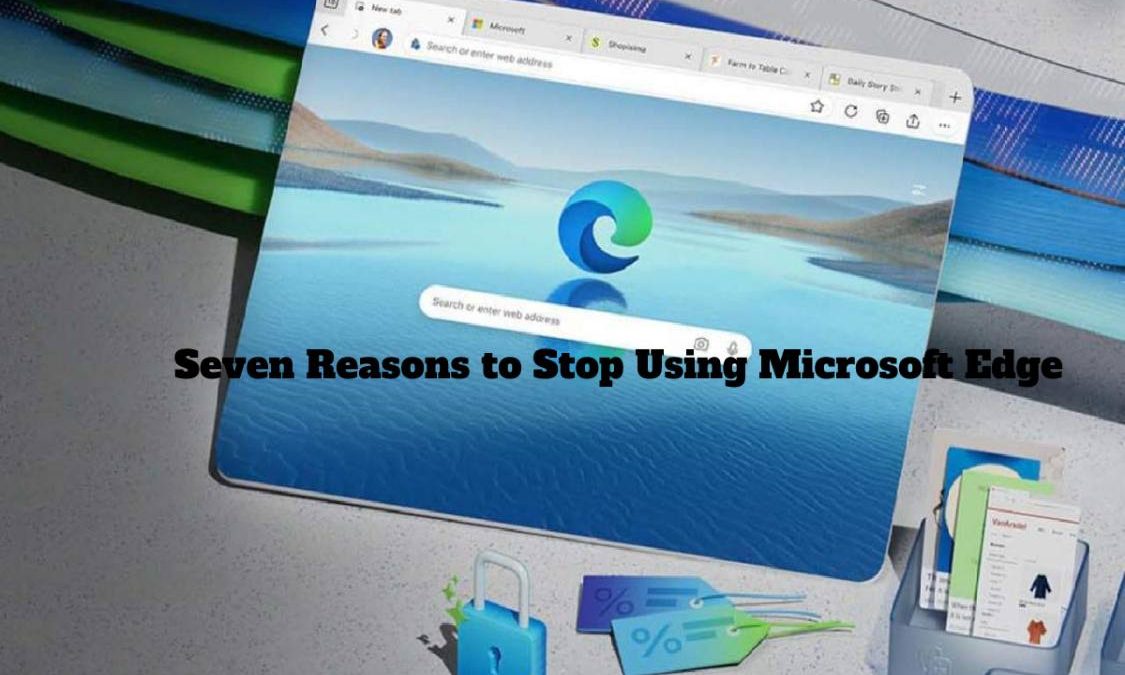 Microsoft has relaunched its internet browser under the name Microsoft edge to keep pace with the development in the browser world.

Since then, the company has been trying to attract and retain users through a range of advertising messages that constantly appear in windows and make it the official browser for windows 11.

Although Microsoft uses the chromium that google chrome relies on. Some users still prefer google chrome. There are a variety of reasons why users stay away from Microsoft edge and google chrome, including:

Customise Your Browser For Shopping

Microsoft has begun directing edge’s online shopping experience and buying in various ways. For example, it has added a new feature that allows users to postpone paying for purchases they received with zipping.
This method works like a credit card, allowing you to purchase products and then pay for them later to the zip platform.
There are a lot of doubts about corporate financial practices such as zip and Microsoft encouraging rather than trying to reduce harmful shopping methods.
Some don’t prefer to make the shopping experience directly linked to a single browser, which exposes your data to leaking and selling to advertising companies.

Microsoft Edge can offer various deals and discounts on your preferred products and add them to the follow-up list.

Although Microsoft offers a lot of privacy choices to reduce concerns, privacy enthusiasts fear the consequences of Microsoft’s follow-up to users’ purchasing behaviour in this way. Microsoft’s new shopping features and features gather more information about users you can’t be sure how this information is used. As this data may be sold to companies or poorly used.

There are a lot of security concerns about user privacy about a lot of features in browsers like edge and corporate use of this data. It leads some users to reduce the percentage of data collected about your internet use by using browsers that better support privacy.

Lots of Features You Don’t Need

Microsoft is working to offer many features in the Microsoft Edge browser in the hope that it will attract users further.

But not many users need such features. Which makes them additional features that cause your device to slow down and the browser to weigh down.

It makes the browser unsuitable for older or somewhat vulnerable devices. And some users do not need them and are therefore not in favour.

Microsoft has made Microsoft edge the official browser for windows 11. And it has become difficult for users to change the default browser.

Microsoft had modified the default browser’s change more than once. As it was more difficult when windows 11 was released.

This difficulty causes some inconvenience to users. As not everyone accepts the process of imposing the browser and forcing them to use it.

You can install any browser you want inside windows 11, but Microsoft may bother you if you install any other browser.

Many ads appear while you’re using Windows 11 or trying to download any other browser. And these ads bother users.

Microsoft recently ridiculed google chrome in a new update to its Edge browser. Where it was displaying a sarcastic message when trying to download chrome.

These messages can appear randomly while using windows 11, even if you are not using your rival browser.

Some fear that Microsoft will become a monopoly company that forces you to use its products without considering your preferences.

These concerns have arisen because the company was determined to pay edge browser to users and the ongoing ads that appear to them.

Google and Apple use policies similar to what Microsoft is trying to do. But these policies are not as straightforward or explicit as Microsoft.

Some users don’t like Microsoft’s attempt to use its products. Which suggests that the company wants to profit from them further.

Microsoft has a track record of floundering and terrible policies that make users disingenuous and do not prefer to rely on them.

You should expect a hidden trick from Microsoft always with its various products, and although the edge seems promising, the fear of Microsoft’s policies is driving many away from it.

These policies are beginning to emerge with new shopping features to gather more information about you and your use of the internet.

But it cannot be said that these policies are beginning to appear or directly affect users. And make them stay away from the browser.

But it’s the beginning of the road for Microsoft and a glimpse of what the company might use in the years to come from Microsoft edge.

How to use Hyper-V in Windows 11