How Does Radar Work? 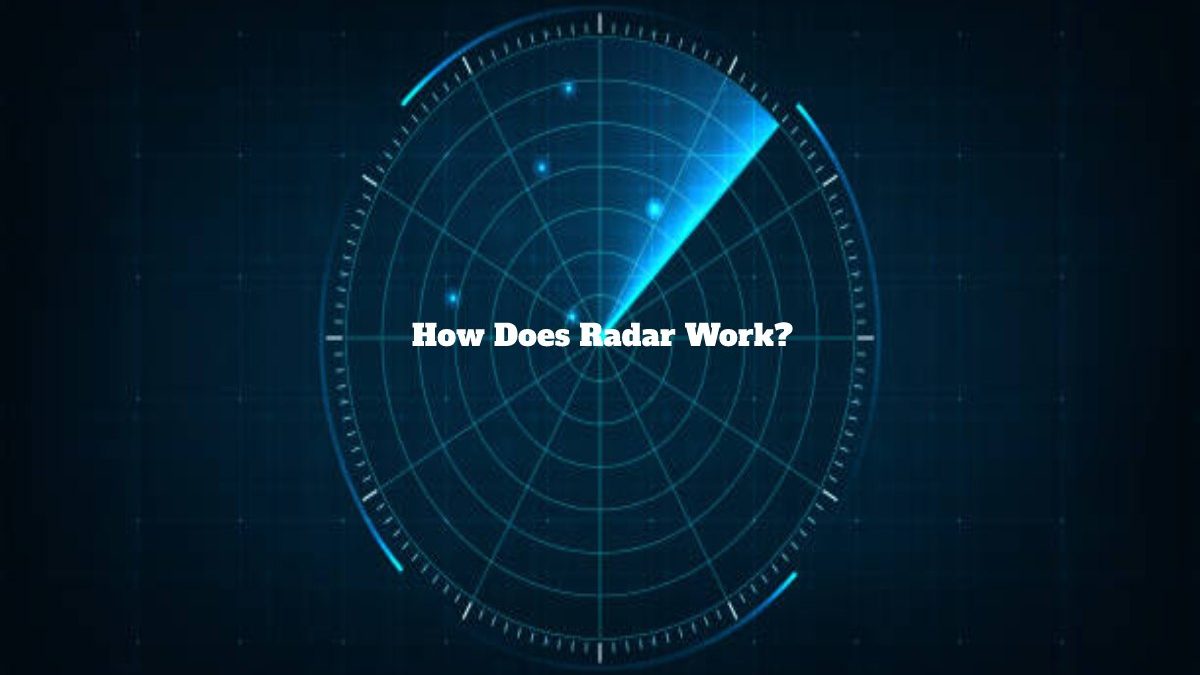 Radar is used in many areas, although you do not see it as usual. The air traffic control center uses radar to track aircraft’s trajectory on the ground and in-flight and guide aircraft to ensure a smooth and safe landing. Traffic police use radar to detect the speed of motorists on highways, and NASA uses it to map the planet and other planets, track satellites and space debris, assist in functions such as manoeuvring and docking, and in the military field used by the military to locate enemy positions and to guide launchers and rockets.

Operator Gilbert Lundgren operates radar equipment at the Carney U.S. Destroyer Information Center
Meteorologists use radar to track storms and hurricanes. And you’ve undoubtedly seen one of the radar images in some stores when the door automatically opens! Radar technology is beneficial and has many uses in our lives.

Radar Is Usually Used To Achieve One Of 3 Things:

object detection: this object is typically mobile, such as an aircraft, but still, objects buried underground can also be detected, and radar can identify them well; for example, it can identify the type of aircraft and not just detect its presence.

These three functions bring two technologies we see in our daily lives: echo and Doppler shift displacement. These two concepts are easy to understand in terms of sound. As your ears hear the echo and realize the doppler effect daily, radar employs them in radio waves.

We’ll look at the mechanism of radar work in this article but first highlight that the sound’s nature is more familiar.

The echo is a phenomenon you experience every day. For example, if you scream in a narrow well or valley, you will hear the echo in a moment. The echo occurs because the waves of your voice will be reflected on the opposite surface (even if the water’s surface is below the well or on the other side of the valley) and bounce straight into your ears. The time between the moment the scream is launched and the moment you hear the echo depends on the distance between you and the surface on which the sound wave is reflected, causing an echo.

The Doppler shift effect is also a familiar concept, and you may experience it daily (often without realizing it). Doppler displacement occurs when a sound is made or reflected from a moving object, and when it reaches its maximum limits. It causes sonic booms or sonic booms.

Let’s say a car is coming towards you at 90 km/h; if the siren is sounding, you’ll hear it in a note tone that fits the car’s progress towards you. But after the car overtakes you. The whistle will suddenly slide into a slower manner. However, the sound is the same; the difference in the tone heard is caused by the phenomenon of displacing doppler.

What happened? the speed of sound in the air is constant. It says it is 268 meters per second (which can be accurately determined considering air pressure, temperature, and humidity). Imagine the car parked 1.5 km from you, and its whistle is running for precisely one minute.

Now let’s say the car moves towards you at 90 km/h, starting at 1.5 km, and its whistle is only one minute away. You’ll also notice a 6-second audio delay. But you’ll hear a 54-second sound, not a minute, because the car will be next to you in a minute, and the sound will get to you at the end of the minute immediately.

We’ve seen how we can use echo to determine the dimension of an object from us and how we can use doppler displacement to determine the speed of movement of the body. Now we can make sound radar, and that’s the sonar principle. Submarines and ships always use sonar. You can use the same audio features in the air, but this will cause several problems:

Let’s now study a model radar specifically designed to monitor aircraft during their flights. This radar turns on its transmitter to launch a short, high-density series of radio waves. Lasting only one microsecond. Then the radar stops the transmitter. Turns on the receiver that records the echo of the waves launched. Measures the time it took to echo and displace doppler.

What is the Mechanism of Credit Card Scraping?

Is Your Phone Spying on What You’re Saying?