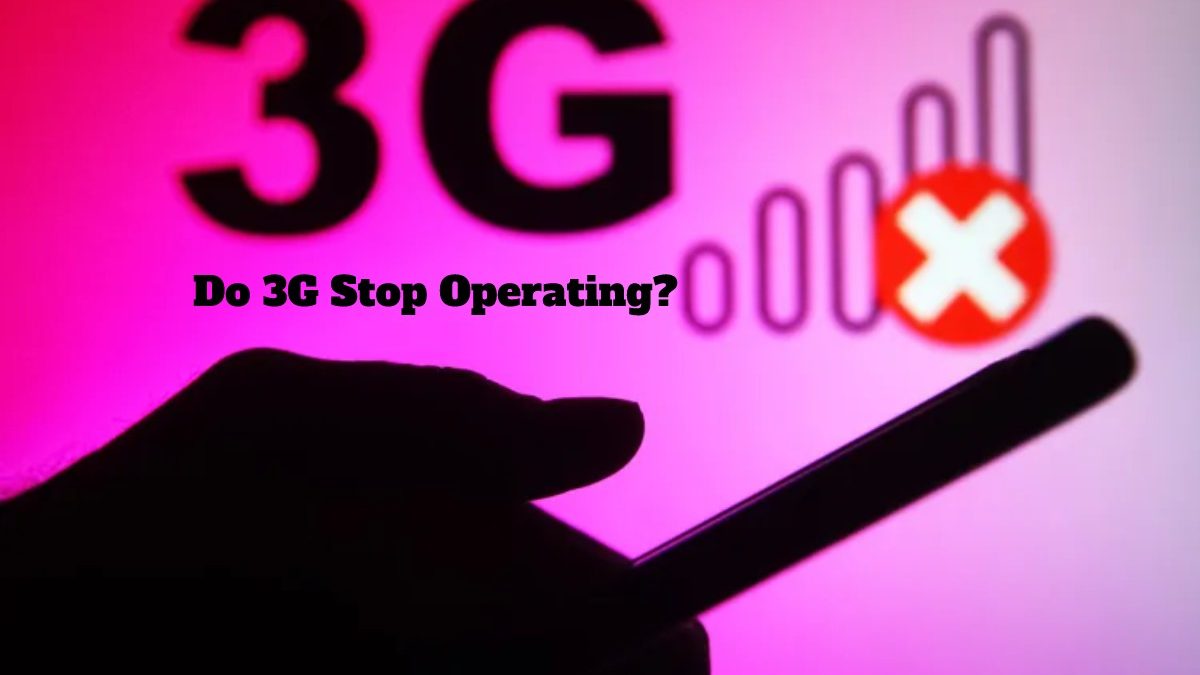 Most of the world’s mobile phones operate on 4G/LTE networks, and the world has begun to switch to 5G networks, but nearly 10 million mobile phones in the United States still rely on 3G networks. In addition, some older types of phones such as Kindles, iPads and Chromebooks do not work with 4G or 5G technologies.

In addition, we still have a lot of systems that operate using 3G networks only, such as home insurance and mobility systems using GPS technology. Entertainment systems and solar panel devices, so users of these systems will need to upgrade or replace them to move to the fourth or fifth generation.

So Why Do Telecommunications Companies Stop Operating 3g Networks?

An electrical engineer familiar with wireless communications explained this. But first, we need to know the difference between 3g networks and newer technologies such as 4g or 5g.

Imagine a family trip, your wife talking on the phone to arrange the trip’s activities, your teenage daughter listening to music and speaking with her friends, and her younger brother playing online with his friends. All those conversations and data flow through the cell network at once. It may be simple, but have you ever wondered how this system can handle all these activities simultaneously and from the same place (the car)?

the answer boils down to a technological trick called multiple access. To understand this more, imagine that you are using paper to write letters to 100 different friends, each of whom has a special message.

Each of your friends will be able to read their message only because they have specific glasses that distinguish their colour.

But the number of coloured pens is specified. So what would you do if you wanted to send messages to more people than you had? First, you’d need to mix colours. For example, when a friend uses his glasses, he may see some letters addressed to other friends because of overlapping colours and may find it difficult to read the message.

This technique is based on the concept of spectrum spread, an idea dating back to the early 20th century, where Jacobs published a scientific paper in 1991 in which he talked about the technique and that it could increase the capacity of the package in cell communications more than the rest of the systems available at the time.

3g multi-access technology allows all cell phone users to send and receive their signals at all frequencies. If 100 users want to make a call or use a cellular service simultaneously. Then their signals will overlap across the cell spectrum during their connection.

Multi-access technologies in 3g networks divide users’ access depending on time or frequency, rather than allowing users to share the entire cell spectrum at all times. Time-based partition creates periods. As each connection can continue at multiple time intervals distributed within time. However, each period is too short — parts of a second — so that the mobile phone user does not notice interruptions between consecutive periods. You seem to have continuous communication. This is time-splitting multiple access technology (tdma).
This division can also occur by frequency, giving each connection its frequency range within the cell spectrum.

And the relationship remains continuous as long as the frequency is available. This is FDMA.

In our previous paper example, FDMA and CDMA techniques are similar to dividing the paper horizontally and vertically into 100 bars and writing each message on a single bar. FDMA can represent horizontal straps and tdma vertical straps. Messages can therefore be distinguished by distinguishing between tapes (parts).

4g and 5g networks use of ofdma, a more effective combination of fdma and tdma. In the paper example, this technique resembles drawing strips in both dimensions. Dividing the entire sheet into many squares. And customizing each user with a set of boxes according to their data needs.

now we understand the difference between 3g and newer 4g and 5g networks. But why do we want to stop 3g networks?

The main reason for this is the significant difference in equipment and algorithms between these networks’ access techniques. For example, their 3g phones and base stations operate on a large-scale system, using the entire cell spectrum. On the other hand, 4g and 5g networks operate on narrowband or multi-wave systems. Which use spectroscopy technology. As a result, these systems need entirely different sets of devices. Both in terms of the antenna in the tower and the vehicles in the mobile phone.

If your phone uses 3g networks, it can’t connect to a 4g or 5g tower. Cell service providers have therefore been keen to continue the operation.

3g networks during the construction of 4g and 5g networks using new tower equipment and new phones. These companies will therefore bear the cost of operating two separate networks simultaneously for the same purpose. However, it seems time to abandon 3g networks. Especially as telecommunications companies move to deploy 5g systems effectively.

To resolve the interference problem, this technology allows each user to get a unique signature (a sequence of icons that can be used to distinguish each user’s signal). This signature can be likened to the colours in our previous example. However, icons may also overlap if we have too many users simultaneously. Furthermore, this overlap may worsen as the number of users increases.

Components Of A Good Web Design