Home > Tech > The Speed Of Data Transfer Vary From Computer To USB?
Tech 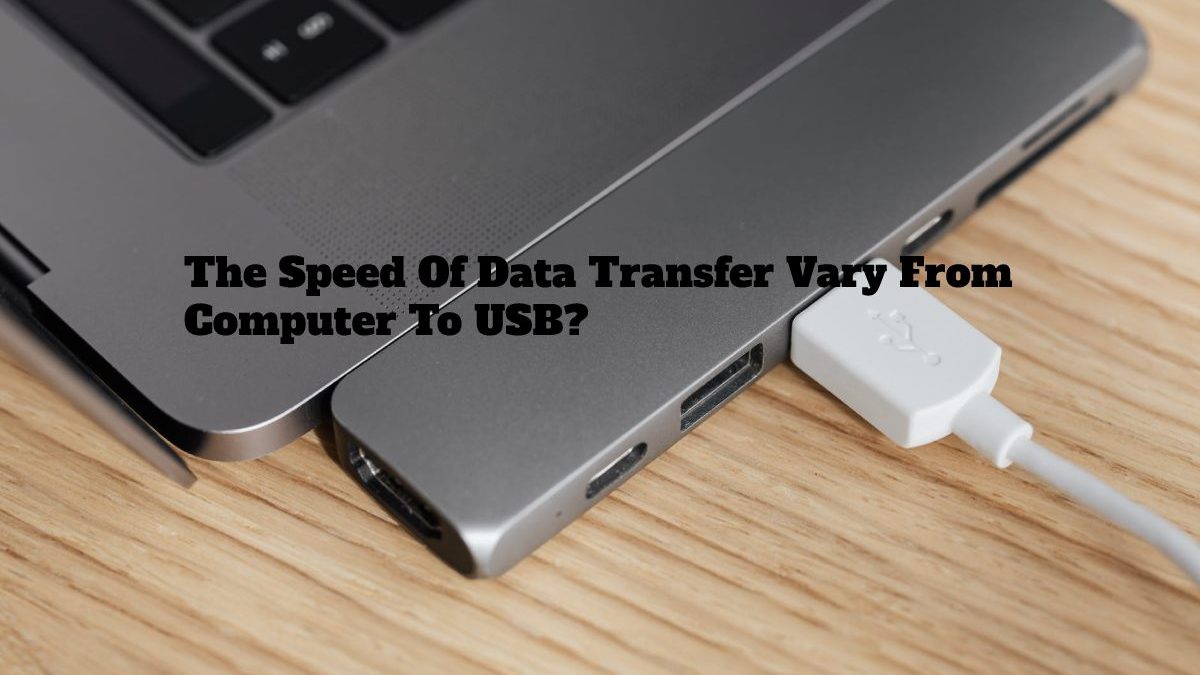 Data transfer rates vary between copies of volumes (USB/USB) to PC or even phone and vice versa due to different reading and writing speeds for both HDDs and USB/SSDs.

It is clear that the development of the personal computer has accelerated the progress of humanity, and the production of vast amounts of data has led to the emergence of storage devices. However, it would generally not be helpful to produce vast amounts of data unless there was a means of storing it. And sharing it with others.

Data storage devices have come a long way, the oldest of which was perforated cards, followed by magnetic tapes and semiconductor devices. overall, most storage devices can be categorized into the following categories:

So why do transfer speed rates vary when copying a file from your pc to USB and vice versa? Let’s first understand the basics of each device.

These devices are based on magnetic storage technology. Hard drives store data in magnetic areas on a disk with magnetic properties called a platter, which is connected to two small electric magnet heads. One of which reads the stored data – with a sensor.

The reading and writing time (r/w) in hard drives are slower than in hard-state drives due to the physical movement of the arm until the heads (reading/writing) are placed in the right place on the dish called search time. On the other hand, SSDs don’t need moving parts. And depending on the movement of the electron from and to the floating gate. So they’re faster than hard drives.

On the other hand, the reading speed is higher than the writing speed in most storage devices in general. This means that it takes less time to read data from the device than when the data is written on the device itself. The speed of data transfer in the system is limited by its slowest process. Do not forget that each device performs two functions. Reading data from the source and writing data in the destination.

So, assuming we’ve got two devices to move a file from a to b, the main variables here are (a) reading speed and writing speed on (b). That is, the computer will read the data in (a) quickly (r), then write it on (b) quickly (w). And here we have two possibilities:

Moving a file from a computer to a flash drive or vice versa will be restricted by the hard drive’s slow speed (reading/writing). And since the rate of writing on the hard drive is slower than the reading speed. Writing data on a hard drive will take longer than reading the data on it.

Review The Speed Of Data Transfer Vary From Computer To USB?. Cancel reply

Is Your Phone Spying on What You're Saying?

How Do Screen Protection Stickers Protect Against Damage?